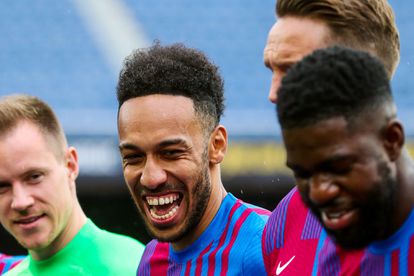 Barcelona have announced that Spotify will be their main sponsor next season, with the club’s stadium to be rebranded as Spotify Camp Nou. Photo: Twitter @FCBarcelona

Barcelona have announced that Spotify will be their main sponsor next season, with the club’s stadium to be rebranded as Spotify Camp Nou. Photo: Twitter @FCBarcelona

Barcelona announced on Tuesday that Spotify will become their main sponsor from next season, with the club’s stadium to be rebranded as Spotify Camp Nou from July.

Barca have not confirmed how much the sponsorship deal is worth although reports have suggested the club could earn up to €300 million over the four years.

Spotify will replace Rakuten, the Japanese e-commerce company, as Barcelona’s main sponsor. The Rakuten deal started in 2017 before being renewed in 2020 until the end of this season.

The club’s president Joan Laporta called the agreement with Spotify a “pioneering” partnership with a “world-renowned organisation”.

“It is also a union with which we continue to take steps forward in this new era that we have started,” Laporta added.

Barcelona have been desperately seeking a new sponsorship deal to help ease the club’s crippling debts of more than €1 billion.

Laporta insisted in January that Barca are “back as big players” in the transfer market but moves for the likes of Erling Haaland from Borussia Dortmund will depend on a huge improvement in their financial situation.

When asked about Barca’s hopes of signing Haaland this summer, La Liga’s director general Javier Gomez said on Monday that Barcelona will have to “reduce costs or bring in more income, there’s no other way”.

“Barcelona’s losses are greater than their ability to bring in income. That’s why it is negative,” Gomez said.

Barcelona’s player salaries accounted for 103 percent of all income at the start of the season and the club will have to shift more players in the summer, with Ousmane Dembele expected to leave on a free transfer when his contract expires in July.

Lionel Messi, Luis Suarez, Antoine Griezmann and Philippe Coutinho have all been moved on in the last two years while Sergio Aguero retired due to a heart condition.

Barcelona have made key signings

Yet Barcelona were allowed to make more signings in January as Ferran Torres arrived for €55 million from Manchester City and Pierre-Emerick Aubameyang came on a free transfer after having his contracted cancelled at Arsenal.

Adama Traore also joined on loan from Wolves while Dani Alves, who was out of contract, re-signed.

Barca have significantly improved since, with coach Xavi Hernandez overseeing something of a transformation in performances ahead of Sunday’s Clasico against Real Madrid.

Barca are now third in La Liga and looking likely to qualify for next season’s Champions League, which is crucial to their financial recovery. Xavi took over in November with the team lying ninth.