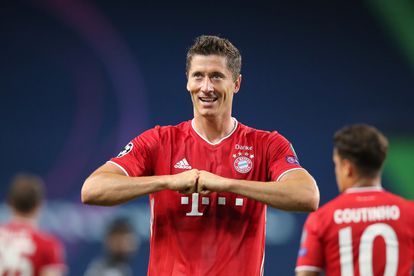 Barcelona have officially signed Robert Lewandowski from Bayern Munich to put an end to speculation around the burly striker’s future.

According to Barcelona, the former Borrusia Dortmund marksman has signed a three-year deal which will run until June 2025.

Lewandowski’s future at Bayern had been hogging the headlines since the striker pronounced his intentions to leave the Bundelisga champions.

However, at the time, Barcelona had not submitted any offer for his services except for inquiring about his availability from Bayern.

Now, that chapter has been closed with Lewandowski concluding the deal in the early hours of Monday before joining his new Barcelona teammates.

“Xavi told me that we’ll work well together and can achieve a lot. He has a clear plan on how to bring Barcelona back to the top – I’m at Barca for trophies,” Lewandowski told Bild.

“I know I’ll be 34 soon but I feel very strong physically and mentally,” he added.