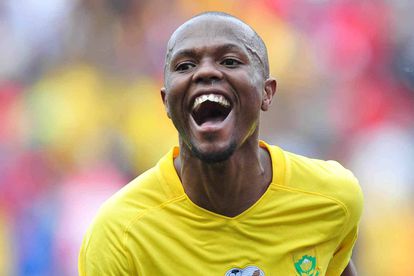 Once upon a time, Thulani Serero was a Bafana Bafana midfield legend in the making.

Now, he’s plying his trade in the UAE Pro League with Abu Dhabi-based Al Jazira. How’s he getting on?

Bafana Bafana star Serero has carved out an interesting path

Once a key first-team regular for the national team, Serero has now been in the international wilderness for three years. An AFCON qualifier against Sudan in November 2019 was Serero’s most recent appearance in a Bafana jersey. Of his last nine Bafana Bafana appearances, he only started three of them.

Thulani “Cream” Serero spent eight years on the European club scene and the entirety of it was in the Netherlands. It it all began with Ajax Amsterdam in 2011 after a €2.5m move from partner club Ajax Cape Town. He spent six years with the Dutch giants, notching 121 appearances for the club including 11 outings in the Champions League. His move to Vitesse Arnhem in 2017 saw him link up effectively with current Arsenal skipper Martin Ødegaard. Serero played a withdrawn midfield role for Vitesse with Ødegaard ahead of him as an 8.

Serero started his career as a classic number 10, but gradually evolved into a deep-lying playmaker or a classic 6.

There’s never been any doubt about Serero’s technical quality and ability to dictate matches, but he’s not always been a perfect fit for all managers and formations. He’s also not the most physically robust player ever. There were also question marks raised when Serero made the switch to Abu Dhabi, ditching Europe before he turned 30.

Right now, the 32-year-old is a key operator for Al Jazira where he has played in all 10 of their league encounters so far this season. They are currently five points off the pace in the UAE Pro League title race. Do you see a way back into the Bafana Bafana fold for Serero? Let us know in the comments.