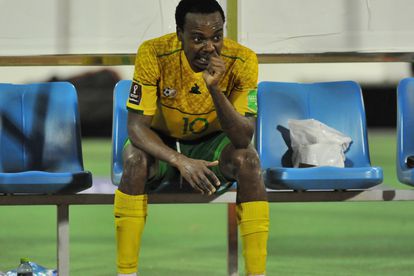 A petition launched in the aftermath of Bafana Bafana’s heartbreaking defeat in their final 2022 Soccer World Cup qualifier is nearing a staggering 50 000 signatures!

N’Diaye made a series of baffling decisions during the Group G clash in Ghana, but none proved more costly than the one to award the Black Stars an ultimately match-winning penalty.

Maguette N’Diaye: Who was the referee in the Ghana vs Bafana Bafana match?

Needing only to avoid defeat to advance to the next round of World Cup qualifying, Bafana Bafana were sunk by a 33rd-minute penalty by Ghana skipper Andre Ayew.

Ndiaye spotted a foul by Rushine De Reuck in the box that no one else in the ground – or watching around the world – did.

It led to Hugo Broos’ first defeat in charge of Bafana Bafana and yet another failed campaign to qualify for a World Cup.

A petition was launched by Thato Majola immediately after the match, demanding an immediate investigation from the sport’s governing body, FIFA.

The petition started with target of 15 00 signatures, but such has been the response that that’s now been upped to 50 000!.

“We call upon FIFA’s ethics committee to investigate the Senegalese referee for possible match manipulation and influencing the result of a football match,“ Majola wrote.

At the time of publishing, the petition has been signed just under 48 000 times – and counting!

You can add your name to the list here!

The demands of the petition include a rematch at a neutral venue, and a referee from ‘one of the Arab nations’ to ensure neutrality.