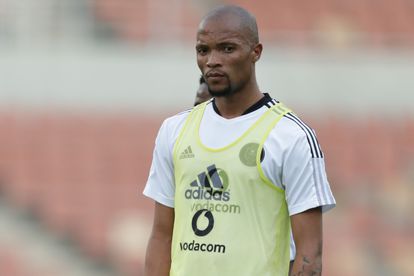 Bafana Bafana coach Hugo Broos has confirmed the decisions he has made on the international futures of Pule Mmodi and Goodman Mosele.

Mmodi and Mosele were both named in the Bafana Bafana preliminary squad, but the duo failed to join the main group’s camp for different reasons.

Both Mmodi and Mosele were either handed or set to be handed their first call ups to the Bafana Bafana squad by Broos, but because of different transgressions, found themselves away from the camp.

Mmodi did not have a passport

Mmodi, was together with Luther Singh, embroiled in a controversy surrounding his passport. Broos confirmed that he had intended to call Mmodi up to his Bafana Bafana squad, but was left bewildered with the startling revelation that the Golden Arrows winger did not even have a passport to begin with. That resulted in Broos making his feelings known publicly about the situation, blasting both Mmodi and Singh for unprofessionalism which cost them call ups.

Mosele did not arrive to the camp

As if Broos had not been through enough already, about a week later he was faced with yet another scandal. This time it was Mosele failing to pitch up for the national team camp. The Orlando Pirates midfielder instead disappeared and was unreachable when contacted by the Broos.

That also led to a backlash with Broos making it known to the public that he was angry with Mosele, with many then questioning if the 21 year-old would ever play for Bafana Bafana again.

Well Mosele was not the only one who’s International future was reportedly in danger, with many sections also fearing the worst for Mmodi’s Bafana Bafana future. But Broos has since confirmed where the duo stands in terms of future national call ups and punishment.

“I can say that they have already been punished,” said Broos in an interview with The Citizen.

“Mmodi didn’t have a passport, it is one mistake that must not change the rest of their lives. But they have to learn how to behave as professional players” Broos continued.

Broos then also confirmed his stance on Mosele

“What Goodman Mosele did (not turning up for camp) is unbelievable, It is up to him to show again that he wants to be a Bafana player. It is not for me to say ‘Goodman, blah, blah, blah’. He made a big mistake, so we will see. You can make mistakes, I have made mistakes, it is about whether you learn from those mistakes.” Broos concluded.