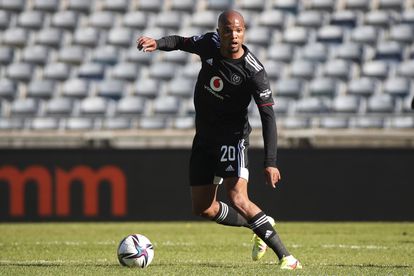 Orlando Pirates midfielder Goodman Mosele’s whereabouts at the time of his Bafana Bafana call-up snub have reportedly been revealed.

Mosele was handed his maiden Bafana Bafana call-up, but ended up going AWOL instead of heeding the call from coach Hugo Broos.

Broos had handed Mosele the Bafana Bafana call-up as a reward for the excellent form he has shown for his new club Orlando Pirates, whom he joined from Baroka FC during the close season. However the 21-year-old left the veteran Belgian coach bewildered after his no show to the national team camp.

Broos was then forced to call up SuperSport United rookie midfielder Jesse Donn as Mosele’s replacement in the Bafana Bafana squad, but not without a few honest remarks about the situation.

Broos’ comments on the matter

“Sadly Goodman (Mosele) has absconded, we have tried reaching him to no avail and this is extremely disappointing. We are very happy that Jesse Donn has heeded the call (to Bafana Bafana squad) and reported for duty almost immediately,” said Broos.

But that was not the end of the Mosele matter for Broos, however, as he later slammed the South Africa under-23 player.

“I am not disappointed, I am very angry,”. I don’t understand how a player who [is in line to win] his first cap for the national team of his country doesn’t even come to the camp. He (Mosele) didn’t call us. We don’t know why he’s not coming. I can understand that, maybe, the player doesn’t want to play for Bafana Bafana, but then he should tell me that,’ Broos said on Monday evening

Official reason given for Mosele’s absence

It later emerged that Mosele had not been able to attend the Bafana Bafana camp due to confidence issues and anxiety attack.

However, new information has since emerged according to a source speaking to The Citizen the player had left for the rural areas to perform a traditional ceremony he felt he owed to the ancestors.

“He thought he could do it quickly and no one would have noticed because he would be back in no time. But the coach then made it public and the issue was blown out of proportion,” said the source.

“You know how these traditional things go, he felt he could not go so far without honouring it. There was a fear that something bad might happen. The mistake he made was not to notify the Bafana management that he would be a day or late in reporting for camp,” the source concluded.