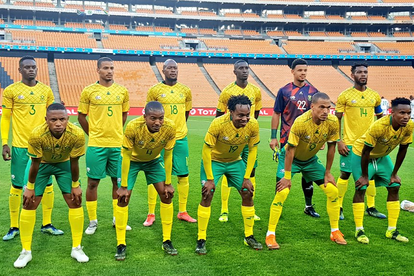 Bafana Bafana are set to take on their French counterparts in a packed stadium on Tuesday, the 29th of March.

The match between Bafana Bafana and France is set to take place at the Stade Pierre-Mauroy in Lille.

Before the game against Hugo Broos’ Bafana Bafana side, France are set to take on fellow French speaking nation, Ivory Coast. That fixture will take place on Friday, and will be played in Marseille at the Stade Velodrome. Where the local French Ligue 1 side plies its trade. On the same night, Bafana Bafana will be in Broos’ native, Belgium where they will be tackling fellow African counterparts Guinea.

According to French publication GFF h/t L’Equipe, by the time France do get to take on Bafana Bafana the next week, they will be doing so in the second of two games aimed at a raising funds by UNICEF. The French Football Federation (FFF)  is set to donate €1 (Which amounts R16) of each sold ticket to help assist with the damage that is being caused by Russian troops in Ukraine as the war continues to rage on.

The Stade Pierre-Mauroy which is set to host Bafana Bafana against Le Bleus is a 50 000-seater, and a filled to capacity stadium will surely add to an already steep challenge for the South Africans. For the majority of the players in the national team who have had very few opportunities to play in front of big crowds since the Covid-19 outbreak.

READ | TIM SUKAZI QUESTIONS HOW MATO MADLALA IS ALLOWED TO OWN GOLDEN ARROWS AND BE PSL CEO!

It is also understood that the playing jersey’s used by France will be auctioned of after the game to add extra funds. South Africa are still two players short of a full complement, while France had to replace on form Karim Benzema with Olivier Giroud due to injury.