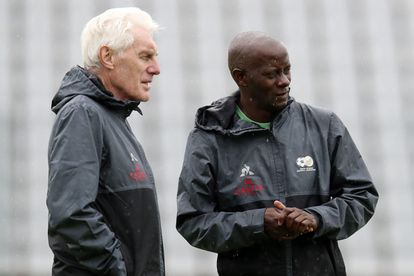 Bafana Bafana will once again have Helman Mkhalele at the helm for their upcoming African Nations Championship (CHAN) qualifiers. Photo: Muzi Ntombela/BackpagePix

Bafana Bafana will once again have Helman Mkhalele at the helm for their upcoming African Nations Championship (CHAN) qualifiers. Photo: Muzi Ntombela/BackpagePix

Just as Bafana Bafana started to have some good luck, the unthinkable happens – the 2023 Africa Cup of Nations (AFCON) has been postponed until 2024!

The AFCON 2023 has officially been postponed until 2024, according to iDiski Times.

This is as a result of severe and adverse weather conditions taking place in Ivory Coast during the period of the tournament.

The country has been facing floods as a result of the West African monsoon.

It is very rare for a tournament of this magnitude to be postponed, but the decision was taken by CAF president Patrice Motsepe with player safety in mind.

Motsepe has made it clear that their are no other options on the table at this point.

However, this does open the door for countries like South Africa to try and persuade Motsepe otherwise.

Given that the tournament will no longer take place in Ivory Coast, perhaps SA can place a bid for next year’s showpiece.

That is if (and probably when) they qualify for AFCON.

Stay tuned to The South African website for all the latest updates on next year’s showpiece.

Do you think Bafana Bafana should place a bid to host next year’s AFCON?