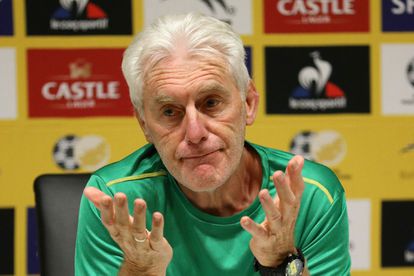 Bafana coach Hugo Broos was left rather disappointed with his side despite beating Botswana 1-0.

Hugo Broos’ side returned to action on Tuesday evening when they hosted Botswana in a friendly clash at the FNB Stadium.

It took a moment of brilliance from Teboho Mokoena to settle the match courtesy of a stunning freekick.

It was however a night of wayward finishing and sloppy passes by Bafana and that left Hugo Broos highly unimpressed.

A brace by Themba Zwane coupled with goals by Mihlali Mayambela and Aubrey Modiba sealed the win.

Some of tonight’s starters however won’t receive a Bafana call-up anytime soon according to Broos. Take a look at what he had to say following the match below.

“If we don’t play on a good level against these teams we will have trouble again.”