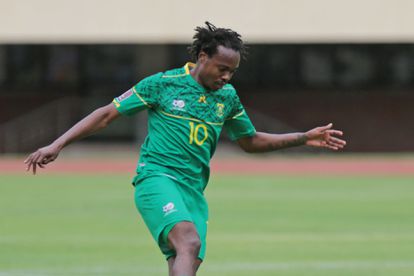 The encounter at the FNB Stadium is scheduled for 18:00.

According to a social media post by the SABC, the match will be available to everyone in the country as it will be LIVE on SABC 3 TV and all public radio stations.

The public broadcaster further revealed that the match will be screened LIVE on SABC DTT and Telkom One.

The news of the Bafana Bafana match being available on public broadcaster’s platforms will come as a huge relief to the majority of football fans who rely on SABC for sports.

It’s only fair to admit that there was anxiety about the possibility of not being able to watch Hugo Broos’ men in action.

The match represents a ‘can’t lose’ clash for Bafana Bafana who were held to a goalless draw by neighbours Zimbabwe last week while Ghana beat Ethiopia 1-0.