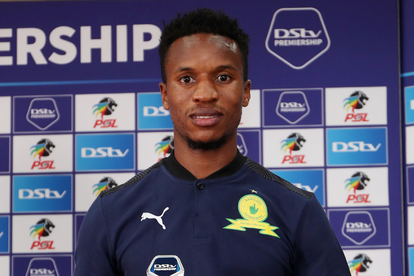 As The South African has reported, the sublime Mamelodi Sundowns star has been dramatically overlooked by Hugo Broos.

The Belgium coach has further told the public that Zwane is simply not the right age to be selected for Bafana Bafana.

Asked if he has been left disappointed, Zwane said nope, he is at peace.

“Not at all,” Zwane said to Kick Off.

“I don’t have anything against the coach, and as I said, I respect his decision and am supporting the guys.

The Tembisa-born player does however harbour an interest to retain his place in the Bafana Bafana side in the future.

“Obviously as a player, I will keep pushing in the hopes of being selected, and if not, I will still keep pushing,” the player known as ‘Mshishi added.

“There are things that I still need to achieve personally and with the team. I have to push and try to improve in every game I play,” he concluded.

While local fans are incredibly excited to see national side take on France next week, Mphela might have better things to do that night.

According to Mphela, we should not actually get excited about the match in terms of a result.