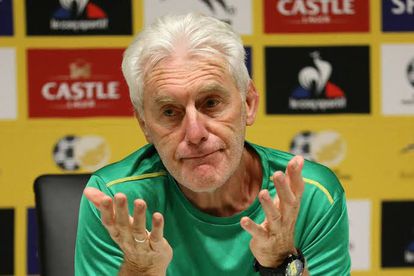 Bafana Bafana surrendered their 1-0 lead to eventually lose 2-1 to Morocco in the opening Group K match of the Africa Cup of Nations qualifiers on Thursday.

Hugo Broos’ men went into the encounter as the underdogs due to the fact that they had an inexperienced squad compared to Morocco.

And that experience showed in the second half of the encounter as Atlas Lions came out guns blazing from the dressing rooms.

Bafana Bafana had a very impressive first half with Lyle Foster opening the scoring with a sublime finish in the eighth minute of the first half.

But the man who stood between Morocco and the equaliser was Ronwen Williams who produced four difficult saves to keep Bafana Bafana’s lead intact.

However, Williams was finally beaten at the start of the second half by Youssef En Nasyri, and the goal brought Morocco back into the game.

Hugo Broos’ men held their own and soaked up the pressure for the better part of the second half although Morocco showed signs of wanting it more by launching attack after attack.

Morocco’s relentless pressure finally paid off with two minutes of regulation time left as Ayoub El Kaabi made it 2-1 after some great work by Amine Harit.

And that’s how the game ended, and what this means is that Morocco top Group K with three points while Liberia and Bafana Bafana are second and third on the log respectively.