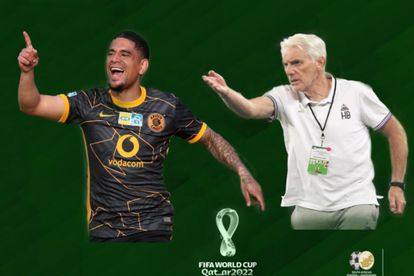 READ | PSL FANS RETURN IMMINENT BUT KAIZER CHIEFS, ORLANDO PIRATES AND MAMELODI SUNDWNS WILL HAVE TO PAY A FORTUNE

Earlier in the week Broos named his 35-man preliminary squad to take on Zimbabwe (home) and Ghana (away) in their upcoming 2022 Soccer World Cup qualifiers.

For Kaizer Chiefs fans, they will be celebrating the addition of Keagan Dolly to the squad.

The Amakhosi forward has been in fine form lately, scoring three goals and registering four assists in this year’s PSL to date.

Dolly’s selection in Broos’ squad means that Amakhosi now have five players included – the most of all the DStv Premiership outfits.

In contrast, Orlando Pirates fans were left disappointed after having two players dropped from the squad.

Goodman Mosele was dropped after he was a no-show during South Africa’s recent preparation for their back-to-back matches against Ethiopia.

READ | KAIZER CHIEFS FLOP FINALLY RETURNS TO THE FIELD OF PLAY AFTER 262 DAYS!