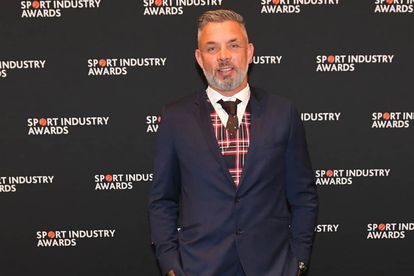 READ | EX-ORLANDO PIRATES STAR PHUNGWAYO TO REMAIN BEHIND BARS UNTIL NEXT WEEK!

SAFA lodged an appeal with FIFA, protesting the 1-0 defeat that Bafana Bafana suffered at the hands of the Black Stars last Sunday.

The country’s FA is requesting a rematch between Bafana Bafana and Ghana after they felt Senegalese referee Maguette N’Diaye made a number of glaring mistakes in the game.

SAFA believes N’Diaye was bias on the night, and that the majority of his decisions, including the dubious penalty he awarded, favoured Ghana.

Now, while Fish sympathizes with this Bafana Bafana players whom he feels were unfairly deprived of an opportunity to qualify for the World Cup, he doesn’t think FIFA will rule in favour of SAFA.

Fish expects N’Diaye to be slapped with suspension just like how PSL referee Jelly Chavani was suspended after his performance in the match between Kaizer Chiefs and AmaZulu a few weeks ago.

Furthermore, Fish questioned the reason behind the non usage of VAR for the qualifiers, saying it would help match officials make better refereeing decisions.

“It’s difficult. We can see effort shown by the players throughout the qualifiers. It’s disappointing that Ghana had a penalty that never looked like a penalty,” Fish told Daily Sun.

“This has forfeited Bafana players a chance to qualify. We can only imagine what the coach and players are going through. Why are we not having VAR in qualifying rounds?” asked Fish.

“I am not saying it’s perfect, but it can assist referees to make better decisions,” he said.

“They (SAFA) launched a protest, but I doubt if FIFA will overturn it.

“Two weeks ago, there was an incident in a game between AmaZulu and Kaizer Chiefs, where the referee made a controversial decision,” added FIFA.

“The referee got suspended, but the results remained. The PSL must be front runners and have VAR to set the standard for the rest of the continent.”