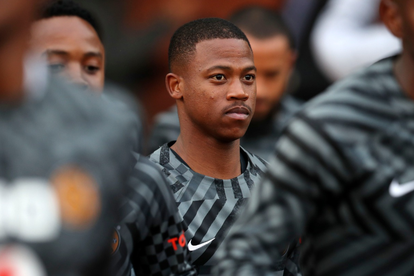 Hugo Broos has called up another Kaizer Chiefs player to his Bafana Bafana squad, meaning the Soweto giants now have two representatives.

Striker Ashley du Preez is the newest member of the current camp after taking Lyle Foster’s place in the latest Bafana Bafana squad.

Foster had to withdraw due to injury, Bafana Bafana confirmed, and Broos had no choice but to find a suitable replacement for him.

Bafana Bafana took to their social media platforms on Tuesday to welcome Du Preez to the camp as they prepare to face Sierra Leone and Botswana.

He becomes Amakhosi’s second player in Broos’ squad after Kgaogelo Sekgota was called up when the coach first announced the team.

South Africa host Sierra Leone at the FNB Stadium on Saturday, 24 September. Kick-off is scheduled for 15:00.

Broos’ men will then play Botswana at the same venue on Tuesday, 27 September with kick-off scheduled for 18:00.

“Warm welcome to Ashley du Preez as he joins camp, replacing Lyle Foster who has been released due to injury.”