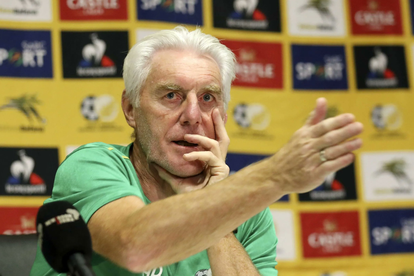 South Africa’s Bafana Bafana were back in action this past week with two friendly game wins over Sierra Leone and Botswana. The two events offered more insight into Hugo Broos‘ character and work.

Let’s look at five things we love about the white-haired 70-year-old coach.

So what does Broos’ brief history look like? The former central defender began his long coaching career in his native Belgium with RWD Molenbeek in 1991.

His journey then took him to lead local giants such as Club Brugge, Anderlecht, and Genk, before later lifting the 2017 AFCON with an unfancied young Cameroon side.

May 2021 saw him land at OR Tambo International Airport to take charge of Bafana Bafana before narrowly losing out on the FIFA World Cup 2022, thanks to dubious officiating in a final qualifier against Ghana in Accra.

Meanwhile, Bafana Bafana are now looking ahead to resuming the AFCON 2023 qualifiers in March 2023 against Liberia in Mzansi.