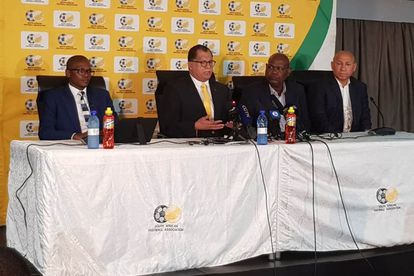 The South African Football Association (SAFA) is in a race against time to find a suitable candidate for the vacant Bafana Bafana coaching job.

Carlos Queiroz and Philippe Troussier are having none of what SAFA is planning to do with the vacant position.

The pair just want a second bite at the Bafana Bafana job, and they have reportedly thrown their names in the hat to replace Molefi Ntseki.

According to TimesLIVE, while SAFA is looking to appoint Pitso Mosimane as head coach or any local coach by the end of April, the job will be given to either Queiroz or Troussier.

And that’s if Mosimane rejects the offer to leave Al Ahly and come back to the position he was fired from in June 2012.

“Let us face it‚ we need someone who understands SA football and our players‚ and Troussier and Queiroz fit the bill,” said a source.

“Pitso is the top prize‚ but I am not sure he will agree. If he doesn’t‚ then we will intensify the talks with Troussier and Queiroz.”

Troussier, 66, was in charge of Bafana Bafana at the 1998 FIFA World Cup in France but he was fired after failing to get past the group stages.

Queiroz, on the other hand, coached Bafana Bafana between 2000 and 2002, and he remains the last coach to help the country qualify for a World Cup although he couldn’t actually take charge of the team at the finals as he was fired.

Reports emerged last week that SAFA was planning on appointing a local coach ahead of the 2022 FIFA World Cup qualifiers, and the technical committee is facing a huge challenge of recommended the right man for the job to the association’s hierarchy.

READ | BERNARD PARKER: I SEE MYSELF FINISHING MY CAREER AT KAIZER CHIEFS

The expectation is that whoever replaces Ntseki must take Bafana Bafana to the 2022 FIFA World Cup in Qatar, and it remains to be seen who that man will be.

All Blacks name squad for Springbok Tests, learn NOTHING from Ireland hammering

All Blacks keep Cane as captain ahead of Bok Tests