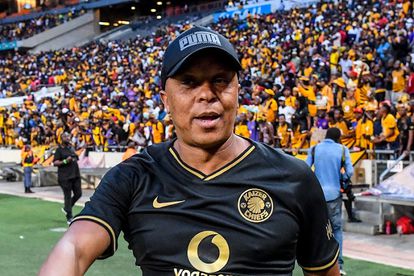 Bafana Bafana and Kaizer Chiefs legend Doctor Khumalo has lashed out at Bafana Bafana – SLAMMING the national side while referring to Pitso Mosimane.

Khumalo shares the thought of millions of South African’s – our national side needs better leadership and faith in our leaders. Take it from the legend himself who is arguably one of the best players SA has ever seen.

Khumalo voiced his concerns, SLAMMING the national side while making reference to Mosimane.

“We have, for those who don’t understand… in South Africa, all our accolades, all that we have achieved was through our own coaches, Bra Shakes [Mashaba], remember the first coach to qualify the U23s for Olympics,” Khumalo stated on iDiskiTimes.

“Clive Barker, 1996, and he took us where? To the World Cup. Jomo Sono, 2002, Trott Moloto… And what did we do? We only suppressed Pitso [Mosimane] because we thought he was a failure,” he added.

“It took Senegal eight years to believe in Cisse and today he is the champion. Why can’t we believe in our own? Is it because of poor leadership? Then there should be a change. This is a country of champions, we cannot afford to be saying, Fish, Lucas, Doctor wow ’96. It’s 26 years ago, nothing has happened.” Khumalo added.

Khumalo is focused on the future and the leadership issues right now. Hinting that Mosimane deserves another chance given his accolades with Mamelodi Sundowns and Al Ahly.

Do you agree with Doctor Khumalo?

Should Pitso Mosimane coach Bafana Bafana in the future?