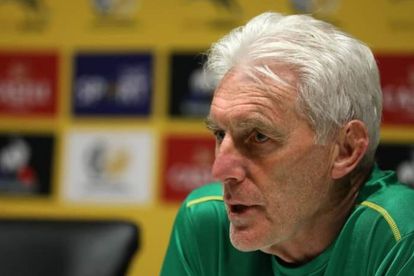 Bafana Bafana coach Hugo Broos has admitted that he made a mistake by omitting Sundowns star Themba Zwane from recent squads.

ALSO READ | Al-Ahli: How many coaches have Pitso’s new team had since 2018?

Zwane made a return to the Bafana setup for the first time in over a year, and inspired them to a convincing 4-0 win over Sierra Leone in Saturday’s international friendly at FNB Stadium.

33-year-old Zwane was the pick of Bafana’s attacking players, scoring a brace and vindicating the public outcry at him being dropped. Zwane is and has been a top performer in the PSL.

“We are very happy with it. It took a long time, but you know my philosophy [Broos has employed a youth policy].

“Everybody has to appreciate that I changed my mind. This is not easy for a coach when he was always saying ‘No, no, no’ for three or four months and suddenly [changes his mind]. But it is okay. I’m not afraid to do that.

“Themba showed today he deserves his position in the team.”

Broos was impressed with his side’s performance and is calling for more of the same when they take on Botswana in another friendly on Tuesday, with kickoff set for 6pm.

The 100 richest sports stars in the world revealed