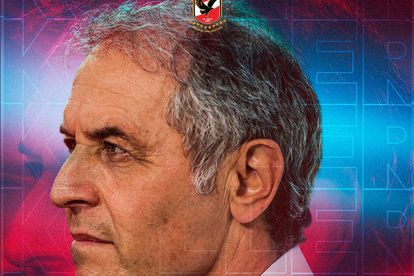 Al Ahly have hired a second coach since the departure of Pitso Mosimane from the club almost three months ago.

The Club of the Century have officially announced the acquisition of Marcel Koller as their new manager for the next two years.

Koller takes over from Ricardo Soares who lasted just two months in the job after succeeding Mosimane.

According to local reports, he will be unveiled by Al Ahly to the Egyptian media on Monday.

In other news, Koller is expected to make a final decision on the future of Percy Tau which has hogged the headlines over the past few months.

We are delighted to announce that Marcel Koller will be our new manager for the next two years.

The coach will arrive in Cairo on Saturday with his three assistants to start his mission with The Red Eagles.