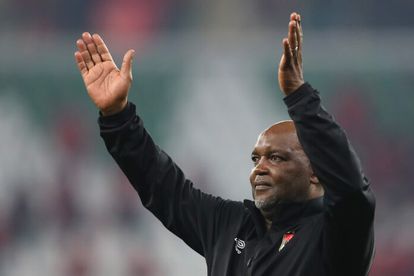 In what was effectively a quarter-final match at the FIFA Club World Cup, Al Ahly managed to claim a 1-0 win thanks to a 53rd minute winner from Mohamed Hany, and they will now come up against Brazilian giants Palmeiras for a place in the final.

READ | MCCARTHY: AMAZULU WERE ROBBED BY THE ‘MAN IN THE MIDDLE’ [VIDEO]

Pitso Mosimane’s Al Ahly were without a host of first-choice players due to their participation with the Egyptian national side in the Africa Cup of Nations (AFCON) final. In total, the Ahly were without 11 players for their opener – including injured stars such as Percy Tau.

After the final whistle the Egyptian club’s supporters remained behind and chanted Mosimane’s name in appreciation of his tactical masterclass that saw the team claim victory despite being considerably under-strength.

You can watch the video with the Al Ahly fans below:

Meanwhile, Mosimane has stated that ‘Africa will always be compromised’ when it comes to the priority placed on certain competitions.