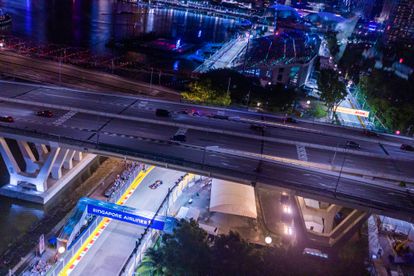 The Red Bull ace could only finish eighth fastest.

Leclerc clocked 1:49.412 in his Ferrari in damp conditions to top the timesheets 0.022 seconds ahead of Red Bull’s Sergio Perez, with the Mercedes of Lewis Hamilton third.

Verstappen, who has a mathematical chance to retain his world title this weekend in Singapore, had looked set to challenge Leclerc’s time on his final flying lap before being told to abandon by his Red Bull team.

The Dutchman, who had set the fastest first sector, then let fly an expletive-peppered tirade over team radio after being instructed to abort and return to the pits because he was low on fuel.

Grid for the Singapore Grand Prix, the 17th round of the 22-race Formula One world championship, after qualifying on Saturday: