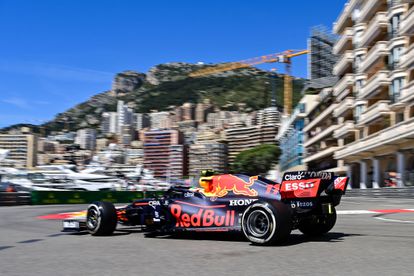 Sergio Perez will partner Max Verstappen at Red Bull in 2022 after the Mexican driver agreed a one-year contract extension with the Formula One title challengers on Friday.

WATCH | SEBASTIAN VETTEL RATTLES OFF EVERY F1 WORLD CHAMPION SINCE 1950!

Perez has impressed as Verstappen’s team-mate in the first half of the season, building on multiple top-five finishes with victory in Azerbaijan.

“We have been impressed by his performances during the first half of the season which demonstrate what he’s capable of in our car,” said Red Bull team principal Christian Horner.

Sergio Perez commented: “We’ve been working hard to deliver results so it’s great to see the team have faith in me for the future.”

The news was announced ahead of Sunday’s Belgian Grand Prix with Perez placed fifth in the world championship standings on 104 points.

Verstappen, who has already nailed his colours to the Red Bull mast until 2023, is in second, eight points behind Mercedes’ world champion Lewis Hamilton.