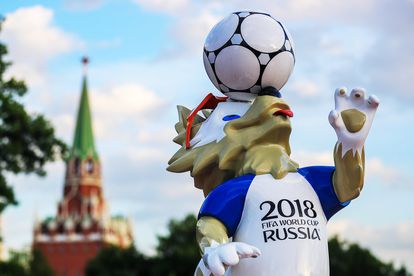 Russia hosting the 2018 Soccer World Cup, the scandal-plagued 2014 Winter Olympics and Gazprom’s sponsorship of the Champions League were powerful tools for the country’s global image and gained Vladimir Putin prestige amongst the Russian population.

However, the Russian president’s decision to invade Ukraine has resulted in destroying the warm global afterglow and experts believe it could cost him dearly internally.

Saint Petersburg has already been stripped of hosting this year’s Champions League final with Gazprom’s reported $45 million a year sponsorship deal with UEFA also in doubt.

The Russian Formula One Grand Prix has been cancelled and there are calls for the country’s football team to be expelled from the 2022 Soccer World Cup playoffs.

“Sport has always had a tremendous impact on society,” Michael Payne, former head of marketing at the International Olympic Committee (IOC), told AFP.

“The South African sports boycott over apartheid probably had as much or greater impact than economic sanctions, over forcing regime policy change.”

“Sport is disproportionately important to absolutist regimes,” he told AFP.

“The potential inability to compete would hit Russia hard.”

Payne, who in nearly two decades at the IOC was widely credited with transforming its brand and finances through sponsorship, said Putin risked his standing with his own people.

“Putin may not care what the rest of the world thinks of him, but he has to care what the Russian people think of him,” said the Irishman.

“Lose their support and it is game over – and the actions of the sports community has the potential to be a very important influencer towards the Russian people.”

Prominent Russian sports stars have not been shy in voicing their disquiet over Putin’s invasion.

“Russian athletes speaking out to their national fan base, will only serve to further prompt the local population to question the actions of their leadership, and undermine the local national support for the war,” said Payne.

However, another former IOC marketing executive Terrence Burns, who since leaving the organisation has played a key role in five successful Olympic bid city campaigns, has doubts about their impact.

“You are making the assumption that Russian people actually see, read, and hear ‘real news’,” he told AFP.

“I do not believe that is the case. The Government will portray Russia as a victim of a great global conspiracy led by the USA and the West.

“It is an old Russian trope they have used quite effectively since the Soviet days.”

Burns says sadly the athletes must also be punished for their government’s aggression.

“I believe that Russia must pay the price for what it has done,” he said.

“Sadly that has to include her athletes as well.

“Many people, like me, believed that by helping them host the Olympics and World Cup could somehow open and liberalise the society, creating new paths of progress for Russia’s young people. Again we were wrong.”

Robertson too says allowing Russians to compete when Ukrainians are unable to due to the conflict is “morally inconceivable.”

Payne says individual sports have to look at a bigger moral picture than their own potential losses over cutting Russian sponsorship contracts.

“The sports world risks losing far more by not reacting, than the loss of one or two Russian sponsors.”

Former British lawmaker Robertson, who as Minister for Sport and the Olympics delivered the highly successful 2012 London Games, agrees.

“The sporting world may have to wean itself off Russian money,” said the 59-year-old.

“Over the past few days, it has become apparent that political, economic and trade sanctions will hurt the West as well as Russia but this is a price that we will have to pay to achieve a greater good.”

For Robertson sport could not stand idly by in response to Russia’s invasion.

“The Russian invasion of Ukraine will impact sport but the consequences of inaction, or prevarication, will be far more serious.”

DStv Premiership: EVERY fixture and result this weekend – Sunday, 14 August 2022

Student beaten by parent at school creates discourse around safety