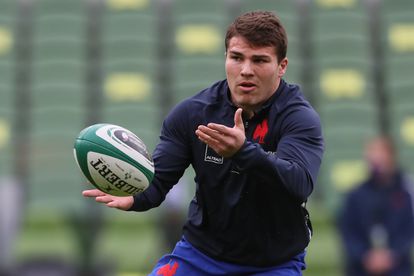 France have their sights firmly set on overtaking New Zealand in the official World Rugby rankings this weekend at home against England. Photo: Brian Lawless / AFP

France have their sights firmly set on overtaking New Zealand in the official World Rugby rankings this weekend at home against England. Photo: Brian Lawless / AFP

England’s Ben Youngs says he will be going up against the “best scrum-half in the world” should he face Frenchman Antoine Dupont in the Six Nations on Saturday.

The 24-year-old Dupont has been a key figure in France’s resurgence since the 2019 World Cup and is set to play a central role when Les Bleus look to preserve their unbeaten record in this year’s tournament at Twickenham.

And rival scrum-half Youngs, a veteran of 107 Tests for England, is in no doubt about the quality of his opposing number nine.

“I’m hugely impressed with him,” Youngs said on Wednesday. “I look at (Australia’s) Will Genia –- he changed the way nines play the game. Fast forward to Antoine Dupont and I think he’ll change the way nines play.

The 31-year-old added: “I don’t know where he’s going to end up — another seven or eight years he’s going to be incredible. I can’t compliment him enough.”

France are still in with a chance of a Grand Slam after wins against Italy and Ireland. Last month’s match against Scotland was postponed because of a coronavirus outbreak in the French camp.

Reigning champions England have lost two of their three games, with a win over perennial strugglers Italy bookended by defeats against Scotland and Wales.

Youngs, however, is taking fresh inspiration from the prospect of facing Dupont.

“I’m excited and putting that pressure on me to perform,” he said. “I can recognise a guy when he’s at the top of his game and when he’s really nailing it, and he is.”

Dupont has been the catalyst for an exciting back division assembled by coach Fabien Galthie, himself a former France scrum-half, with the Toulouse star a threat both with ball in hand or when deploying a fine all-round kicking game.

Youngs said he still had faith in his own ability to have an impact.

“I don’t like to compare as everyone plays differently,” said the Leicester veteran. “I’m not going to be an Antoine Dupont or an Aaron Smith (of New Zealand) but a Ben Youngs… and that’s what I’ll continue to do.”

“He (Dupont) is quite unique because he’s such a powerful guy — a very compact bloke. He’s an extremely instinctive player and explosive around the ruck area.

“He’s happy to take guys on. His game management is very strong as well. You can look at guys and some of the things they do and see if you can add that to your game.”