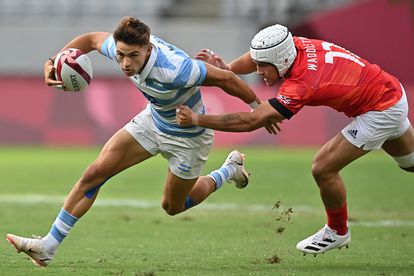 The Men’s Sevens Player of the Year is the latest award to be dished out by World Rugby in a week where they have revealed different awards each day.

The remaining two categories for Men’s and Women’s 15s Player of the Year in association will be announced on Friday, 10 December on social media (Twitter, Facebook, Instagram).

Marcos Moneta had shown glimpses of his potential on the World Rugby Sevens Series 2020, but it was at the Olympic Games in Tokyo that he announced his name to the watching world with six tries to finish as top try-scorer as Argentina won the bronze medal.

The 21-year-old, a Youth Olympic Games gold medallist in 2018, scored his tries at key moments, not least a double in the quarter-finals as the six – and for a period five – men of Argentina held off South Africa to keep their medal hopes alive. Moneta is the first Argentinian to win the accolade.

Men’s 15s Player of the Year
Unveiled on Friday, 10 December

Women’s 15s Player of the Year
Unveiled on Friday, 10 December

FANS AT THE HEART OF THE PROCESS

The remaining six categories have been voted by the World Rugby Awards panel, a stellar team of rugby legends who had the hard task of selecting winners for the World Rugby Breakthrough, Coach and Referee awards as well as the newly created Men’s and Women’s 15s Dream Teams of 2021.