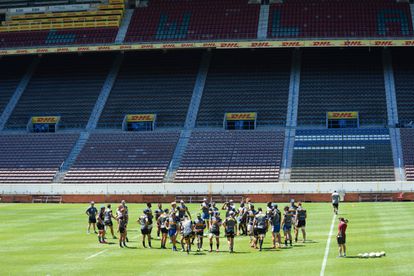 This is how Newlands once looked. Photo: Grant Pitcher/Gallo Images

This is how Newlands once looked. Photo: Grant Pitcher/Gallo Images

No rugby is currently being played at the once famous Newlands Stadium, with both Western Province and the Stormers having made the move to the Cape Town Stadium, which was built to host matches during the 2010 Soccer World Cup.

The once lush, green grass of the oldest rugby stadium in the country is no more, as the future of the ground and the property remains up for debate.

Earlier this year, the Western Province Rugby Football Union (WPRFU) announced that Newlands is to be placed on the market in a sealed bidding process

Former Western Province player Tank Lanning has now posted a video to Twitter that will surely make for difficult viewing for die-hard WP and Stormers players and supporters.

As Lanning comments, “the ‘Grand old Dame’ is no longer so grand …”

WP, STORMERS HAVE MOVED FROM NEWLANDS TO CAPE TOWN STADIUM

The images remind one of the fate suffered by the Boet Erasmus Stadium in Gqeberha.

The former home of Eastern Province rugby, which had a capacity of just under 34 000, was officially closed in July 2010.

The last match to be played at the stadium was a friendly between EP and the Blue Bulls on 3 July, 2010.

The stadium was most famous – or infamous – for the ‘Battle of Boet Erasmus’ Test during the 1995 Rugby World Cup, in which the Springboks beat Canada 20-0.

The match saw not only a power failure, but the issuing of no fewer than three red cards – to Springbok hooker James Dalton and Canadian duo Gareth Rees and Rod Snow. Springbok wing Pieter Hendriks was cited post-Test, and along with Dalton, was banned for the remainder of the tournament.

The stadium was mercifully demolished 2018, but not before leaving us with the lasting memories below of it in a state of rack and ruin.