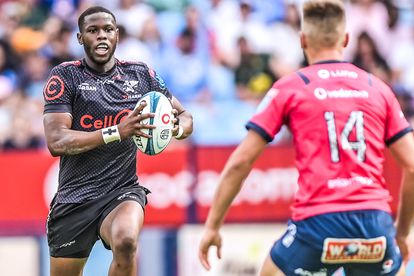 The Bulls and Stormers finished the first block of the United Rugby Championship on high notes with big wins in two great local derbies. Photo by Christiaan Kotze/Gallo Images

The Bulls and Stormers finished the first block of the United Rugby Championship on high notes with big wins in two great local derbies. Photo by Christiaan Kotze/Gallo Images

The Bulls and Stormers finished the first block of the United Rugby Championship (URC) on high notes and cemented their places in the top four of the competition with big wins in two great local derbies in Gauteng at the weekend.

ALSO READ | WHEN WILL THE SPRINGBOK TEAM TO FACE IRELAND BE NAMED?

Leinster (unbeaten after seven games) and Ulster, with five wins from their six matches, still lead the pack, with 33 and 25 log points respectively, but the defending champions from Cape Town and last season’s runners up from Pretoria – both on 24 points, the Stormers after six and the Bulls after seven matches – are still firmly in semi-final contention with a third of the regular season in the bag.

Both of last season’s finalists won their local derbies with a full-house of five log points after strong finishes – the Bulls crossed for three tries in the final 14 minutes to beat the Sharks by 40-27 at Loftus Versfeld on Sunday afternoon, and a day earlier, the Stormers scored 21 second-half points without reply for a 31-22 victory over the Lions at Ellis Park.

As a result of their defeats, the Sharks (eighth with 15 points from five games) and Lions (ninth on 15 points from six games) have slipped down the standings, but both are still in contention to reach the playoffs as they have some games in hand over teams higher on the log.

The URC will now take a break for a few weeks as the attention shifts to the November internationals in the Northern Hemisphere, with the next round of matches scheduled for the last weekend of next month.

The Stormers welcome the Scarlets to Cape Town (25 November); the Bulls host the Ospreys in Pretoria (26 November) and on 27 November, the Lions play the Dragons in Johannesburg, and the Sharks face Cardiff in Durban.

The Bulls reaffirmed their title-challenging credentials with a 40-27 (halftime 16-10) victory over the Sharks to leapfrog back into the top four of the United Rugby Championship.

Loftus Versfeld went pink as part of breast cancer awareness month with a good crowd enjoying Sunday rugby in the sun and the surge in the final quarter from the Bulls to take them to a bonus-point victory with three of their four tries in the final 14 minutes.

The Sharks were impressive in the third quarter and held the lead (20-19) after their second try in the 64th minute but they were unable to withstand the Bulls’ strong finish as the home bench was cleared.

The Stormers scored 21 unanswered second-half points to return to winning ways in the United Rugby Championship with a brilliant 31-22 victory (half-time 10-22) over the Lions in a thrilling local derby at Ellis Park in Johannesburg on a sunny Saturday afternoon.

It was a typical game of two halves, with the Capetonians finishing very strongly with their replacements making a big difference in the last half-hour to seal the win after they drew and lost their last two clashes in the competition, which they won last season.

But credit to the Lions too, they came hard and played a big part in ensuring this derby was another one for the ages, although the hosts will probably rue a number of missed opportunities in the second half which could have taken the game away from the visitors.

ALSO READ | HOW WILL THE BOKS COPE WITHOUT POLLARD, JANTJIES AND STEYN?