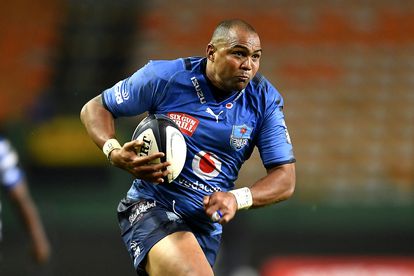 Munster vs Bulls: Jake White’s team are out to pick up points on the road.

Bulls Director of Rugby, Jake White, has announced his match-day 23 that will face Munster Rugby in round 5 of the 2022 season of the Vodacom United Rugby Championship. The Marcel Coetzee led side will step onto the field on Saturday (15 October 2022) with six changes to the xv that started against Glasgow.

White has given Simphiwe Matanzima a start at loose-head prop, with Johan Goosen (fly-half) and Harold Vorster (inside centre) returning to the matchday squad. Last week, Goosen missed out as a precautionary measure to protect the player from 4G surface the side played on. Mornay Smith slots in at tight-head prop, whilst the second row remains the same with the only change at open-side flanker, where WJ Steenkamp will get his first run of this season’s European campaign. Embrose Papier (scrum-half) swaps jersey’s with Zak Burger, who will get his run from the bench.

The back three combination of Lionel Mapoe, Cornel Hendricks and Kurt-lee Arendse will run out at Thomond Park, looking to add more tries to the team’s 14 of the 2022 campaign.

The matchup is set be an enthralling outing as both sides look to bounce back from round 4 defeats, motivation that is not lost to the Vodacom Bulls mentor. Speaking on the choice of the playing 23, White said the changes were routine.

“Nothing untoward (referring to the changes), we would have changed anyway and we will probably change for the game against the Sharks too before we go into the break. These changes help keep good morale and motivation for the entire squad,”

The Vodacom Bulls squad is one of the youngest in the competition and this is something that excites White.

“I am very proud that these guys are coming through the ranks. 5-10 years ago, we wouldn’t have this sort of team makeup, where young guys form part of the core of the team. It is fantastic to see these players graduate and come through the youth system, and in a couple of years we will have a strong Vodacom Bulls team,”

Speaking on the #BullsHeard opponents this weekend, the Vodacom Bulls mentor said: “Munster are a good team, playing at home (in Limerick), with their back against the wall, it is going to be a tough encounter. There is also massive amount of test match rugby experience for their players that play for Ireland and we anticipate they will go back to draw from that experience,”

“This weekend will be a good test for us, we are a young side – with players in their early 20’s – yet we have done well, far exceeding expectations in the season past and as (last season’s), finalists we must (also) consider that other teams will want to up their game against us, perhaps preparing for our games a bit more than they may have done previously” concluded White.