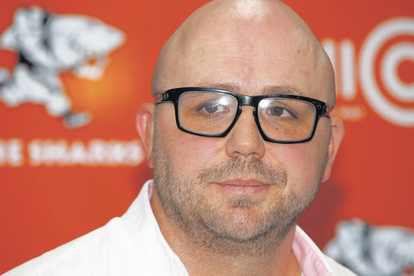 Sharks CEO Eduard Coetzee has issued a brief but heartfelt apology to fans and stakeholders after the team’s was whitewashed 35-0 by Cardiff in Durban on Sunday.

Result saw Cardiff claim their first away win outside of Wales since early in 2021 and made them the first Welsh side to clinch a victory on South African soil since the inception of the United Rugby Championship last year.

According to SARugbymag.co.za, this was the first time that the Sharks had been whitewashed in a competitive match in the professional era.

The Sharks were without their Springbok players, who were still on tour with the national side for the Test against England this week, but they still managed to field a more than competitive and extremely experienced match-day squad with the likes of Rohan Janse van Rensburg, Vincent Tshituka, Carlu Sadie, Sikhumbuzo Notshe, Francois Venter and Werner Kok.

And yet, the Sharks failed to get on the scoreboard, while their defence was easily breached by Cardiff who went on to score four tries to register a bonus point win.

The Sharks were the only South African team to loss in round eight. The Stormers took down the Scarlets 36-19 at Cape Town Stadium, the Bulls scored seven tries to beat the Ospreys 43-26, and young flyhalf Jordan Hendrikse scored 21 points to steer the Lions past the Dragons with a 33-25 win.

Speaking in the aftermath of his team’s implosion, Coetzee apologised for the uncharacteristic performance from the Sharks and vowed that there would be a strong response from the players after this game.

“Firstly congratulations to Cardiff, they were unbelievable and well-coached,” Coetzee said in the post-match press conference. “They were clinical, dominated the set pieces, and used their opportunities well.

“But I want to apologise to our fans that came out in their droves in the rain… We had more than 7000 fans on a Sunday in the wet.

“Our fans, our sponsors, our stakeholders, our owners do not deserve a performance such as that one…A lot of people put a lot of effort into this franchise and a display like tonight’s does not reward them for their input.

“Also know that we will not leave it there, we will turn this around we will get back on the horse. This was unlike the Sharks and everything possible will be done to rectify this and it will be done as soon as possible.”

The Sharks will host the Ospreys at Kings Park next week, but the good news is they will have all their Springbok players back and available for selection. Meanwhile, Cardiff will travel to Pretoria where they will face the Bulls.