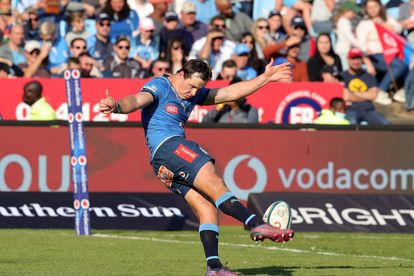 The Bulls came into Saturday’s United Rugby Championship clash at Ellis Park as overwhelming favourites, particularly after strengthening their squad in some key areas during the off-season.

Initially, it certainly looked like the encounter could well turn into a one-sided affair as the Bulls powered into a 15-3 lead midway through the first half.

However, the Lions then kicked into gear, and certainly showed some encouraging signs of their prospects for the season as they in fact fought back to 15-15 after a try to Marius Louw early in the second half.

That score seemed to signal a potential shift in momentum, but the Bulls then went back to their traditional strengths, keeping it tight and wearing down the opposition through high percentage play.

With Chris Smith kicking accurately at goal, the Bulls kept the scoreboard ticking, pushing out to a 24-15 lead before a try to Jan-Hendrik Wessels finally sealed the result once and for all.

The Bulls finished as runners-up in last year’s URC

By no means will coach Jake White be overwhelmingly pleased with this performance from his side, but they ultimately proved to once again have just enough championship qualities to build scoreboard pressure when it matters most.