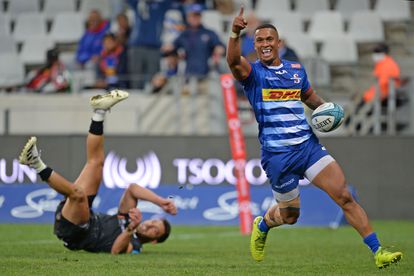 Leolin Zas of the Stormers celebrates a try during the United Rugby Championship. Photo: Ryan Wilkisky/BackpagePix

Leolin Zas of the Stormers celebrates a try during the United Rugby Championship. Photo: Ryan Wilkisky/BackpagePix

This summer, South African rugby will break new ground as the United Rugby Championship (URC) brings rugby to the country over the traditional festive period, and some former stars are looking forward to seeing a new era in the game unfold with these season matches.

While the Northern Hemisphere has traditionally played rugby over December and particularly the festive season, it’s a new concept for South Africa and one which the local franchises are preparing for in new and novel ways as they seek to get the fans into the stadiums for some festive family fun around the rugby.

Of course, South African supporters will be primarily focused on the Test battle between the Springboks and England on Saturday, but there is also a lot of URC action to look forward to this weekend.

The Stormers will take on the Scarlets on Friday, while on Saturday the Bulls host the Ospreys. Then it’s sure to be a Sunday fun day for fans as the Lions welcome the Dragons to Johannesburg before the Sharks finish off the weekend’s action with a match-up against Cardiff.

December will see a packed schedule of United Rugby Championship, which returns to the calendar this weekend after a short break, as well as Champions Cup and EPCR Challenge Cup action in South Africa, while the five SA teams will also be traveling up north.

And Durban and Cape Town in particular will be hosting United Rugby Championship matches on 23 December and 31 December with some sizzling summer derbies involving all the local franchises.

Former Springbok flyhalf Patrick Lambie, for one, has said he cannot wait to spend the holidays watching the South African teams in action.

“I used to always enjoy watching European rugby over the festive season because there was no Southern Hemisphere rugby being played,” said Lambie. “Now we get to watch our South African teams competing as well.

“Sure, the fans will have to get used to having rugby games over the festive season, as will the players. This is usually the three or four weeks in the year when as a player you get some down time. But things are evolving, and I think these are the right competitions for us to be playing in. In three or four years it’s going to be the norm and we’ll have all adjusted to it.”

ALSO READ | LET THE DEBATE BEGIN: IS THIS THE SPRINGBOKS SIDE TO SLAY ENGLAND?

Former Springbok hooker and current SuperSport commentator Owen Nkumane says it’s going to require a definite mind shift from South Africans and believes the introduction of coastal matches was a smart move in making this shift.

“I think the fact that the matches will be played in coastal regions makes sense,” said Nkumane. “I think Cape Town will pull it off in terms of numbers in the stadium. You know, South Africa is currently leading the way when it comes to interest in the game.”

Former Springbok lock Victor Matfield, the most-capped SA Test player of all time, has no doubt the fans are going to love it.

“I’m absolutely loving the Vodacom United Rugby Championship, and I cannot wait for the Heineken Champions Cup to start to see our teams playing the top teams in England and France,” said Matfield.

“I think the fans are going to love it. The Vodacom United Rugby Championship has already been good in the sense of more money coming into South African rugby, and all of a sudden you’re seeing players like Eben Etzebeth coming back to play in South Africa.

“Hopefully we can see more of that – getting our top Springboks back into our franchise teams. Then I think we’ll be even more competitive in both competitions.”

Former Springbok wing Stefan Terblanche has experienced rugby in both hemispheres and says the adaptability of the players is going to be key over this busy period of festive season rugby.

“I think it’s exciting for South Africans – these are definitely the right competitions for South African rugby to be in at the moment,” said Terblanche. “Having played overseas myself, some of those games over the festive season are the biggest games in the year. There are always big Derbies in the UK and France. It will be different for South Africans, but that’s the reality now as we move towards a global calendar.

“There will be a lot of adapting to do for the players. The Northern Hemisphere teams will be coming to the Durban heat in December. I mean, for us as South Africans it’s hot. I can imagine it will be tough for them.

“A week before they’ll be playing in the UK and it’s two degrees and then they come to Durban and its 30 degrees and 90% humidity. But we’ll have the same. We’ll go from South African heat to playing Harlequins at The Stoop and it’s minus two degrees and almost snowing.”

Check out the URC fixtures for this weekend