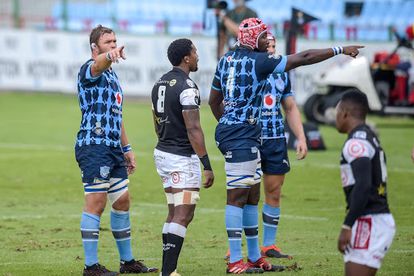 Manjezi joined the Bulls from the Cheetahs and is now set to depart for greener pastures abroad in the new season.

Manjezi caught the eye at the Cheetahs

Manjezi had caught the eye of Bulls director of rugby Jake White, having played an integral part in helping the Cheetahs win the Currie Cup in 2019. The lanky second rower had also put in at least two seasons of consistent top level performances in the colours of the Free State-based union in the Pro 14, before the tournament evolved to its current guise as the United Rugby Championship, where Glasgow would’ve had the opportunity to gain an extensive look at his array of skills.

The East London-born star was one the first signings made by White at the Bulls, joining as a marquee acquisition. Beating the Stormers to Manjezi’s signature, the Tshwane-based outfit showed how keen they were to see the player join as soon as possible, by offering the services of Springbok winger Rosko Specman to the Cheetahs, plus cash to buy him out of his contract. He then arrived at Loftus as a player of national interest at the time, with the move initially earmarked to catapult him into Springbok regime. It started out well as he played an important part in Jake White’s team in winning the Super Rugby Unlocked and Currie Cup. He notably had a strong performance in their semi-final encounter against the Lions in the Currie Cup, before also earning a start in the final, where he came off injured.

Injuries derailed his time at the Bulls

That unfortunate ACL injury and another extensive injury, while Manjezi had begun to gain favour at the Bulls again, have kept him out of action for a while and have not allowed him to progress his career at the union the way he was expected to. That, however, has not stopped Glasgow from pursuing his signature, recognising that his attributes and qualities when fit, can be a huge asset to the side in their United Rugby Championship charge next season.

Glasgow getting a winner

Sources close to the deal say they expect Manjezi to be unveiled by Glasgow ‘in the coming days’ with all the required documents now officially obtained. The 27-year-old will be hoping to see this move revive his career, and see himself regaining his status of a player of national interest going forward. During his professional career in South Africa, he has been involved in three Currie Cup winning seasons in a row, including winning the competition back-back.