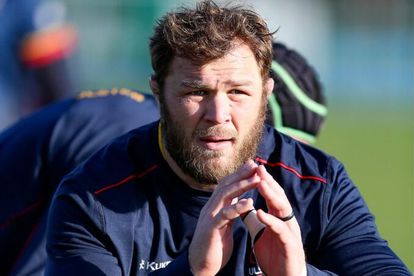 Springbok No 8 Duane Vermeulen showed up for a post-match interview barefooted and in shorts in sub-zero temperatures in Belfast!

Vermeulen, now 35, has 58 Springbok caps and three tries to his name.

He was speaking after Ulster’s 27-15 United Rugby Championship win over Scarlets on 28 January.

Ulster’s terrific form continued on Friday night with a 32-12 home victory over Connacht.

In a tournament hard-hit by Covid-19 postponements, Ulster currently lead the standings with 36 points after 10 matches.

As a point of reference, the Sharks – in 10th place in the 16-team log – are the leading South African side with 16 points after seven matches.

Duane Vermeulen left the Bulls in order to join Ulster

Vermeulen left the Bulls in order to join Ulster for the 2021/22 season.