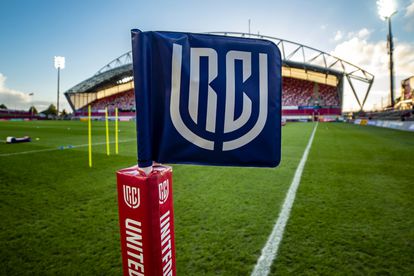 The Cheetahs’ hopes of competing in a possible United Rugby Championship second – or ‘B’ division – have been crushed. Photo: Andrew SURMA/ SIPA USA

The Cheetahs’ hopes of competing in a possible United Rugby Championship second – or ‘B’ division – have been crushed. Photo: Andrew SURMA/ SIPA USA

The Cheetahs’ hopes of competing in a possible United Rugby Championship second – or ‘B’ division – have been crushed by URC boss Martin Anayi.

Anayi confirmed that no such competition is on the cards currently, saying they are firmly focused on making the URC as good as it can possibly be.

“It’s not on the cards. We have a real job on our hands to make the URC as good as it can possibly be and we are getting there, so I think not for the present,” said Anayi with reference to the Cheetahs’ hopes of finding a way back to URC.

“We do love the Cheetahs, by the way. They are a big part of our history, so if we can help them in any way to find a competition that does work for them, you can be rest assured that we would do that.

“But there are no plans for a URC 2 at the moment.”

Free State Cheetahs coach Hawies Fourie recently hinted that this could be the Cheetahs’ way back into the European competition.

In fact, what is more likely to happen is an appetite for some sort of under-23 competition and a Women’s rugby version of URC, which has been discussed.

With the goal being to strengthen a competition that has struggled because of travel restrictions and the Covid pandemic, there are also no thoughts on promotion-relegation matches at this stage.

“We’ve got contracts with each of our teams, so it’s a closed league practically,” continued Anayi.

“It’s there to make sure that these teams can be sustainable and can invest in getting better without the fear of being relegated into an unknown competition.

“So it’s a little bit different to the Top 14 with the Pro D2 or the Premiership with the Championship. There isn’t an established division below us so there’s nowhere to go for those teams to be relegated.”

Anayi added that there might be a Women’s Rugby competition, especially after the explosion of the game in Europe.

“I was speaking about that to stakeholders yesterday,” he added.

“Over half of our employees are women and we asked them what they wanted and a competition for women was in the top three answers from everyone.

“It’s not the market, it just feels like we should have a women’s competition. We’re only a competition organiser so we asked the unions because they pay the players. And we have seen what they have done in England with the Premier 15s.

“And we’ve spoken to World Rugby because they have a competition coming on stream and Ben Morel in the Women’s Six Nations.

“And we feel the URC can play a part in the Women’s Six Nations getting stronger. We want to be a part of that. Is it 16 teams? Do we get it going sooner rather than later? Yes, we should.

“We do have women’s teams in Ireland but it’s hit and miss elsewhere. There is a will but the unions must be involved and we’re exploring how that comes about.”