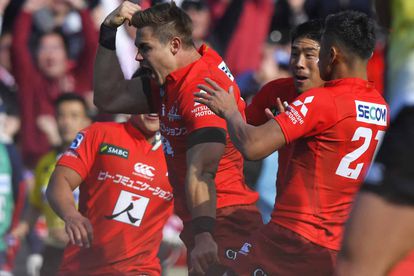 Sunwolves head coach Tony Brown says South Africa were never on board with having the Japanese franchise involved in Super Rugby, which has led to its looming axing after 2020.

In what could be a hammer blow for the game in Asia, SANZAAR revealed last week that the competition would return to a 14-team format, with the Sunwolves the big casualty of the restructuring.

According to the body, the Japan Rugby Football Union (JRFU) was not contributing enough financially to keep the franchise afloat.

However, Brown believes that the decision to boot the Sunwolvs out of Supr Rugby was influenced by South Africa’s resentment towards Japan, which h says stemmed from losing ou to the Asian country in their bid to host the 2019 Rugby World Cup.

“There’s a bit of resentment from what happened at the World Cup vote a few years ago, and it’s a relationship that’s been pretty rough ever since the Sunwolves with Super Rugby,” Brown told Fox Sports.

“The next World Cup (2019), France beating out South Africa for the hosting rights, I think there’s a little bit of bad blood there, and various things like that counted against the Sunwolves.

“So many things that were against the Sunwolves and it wasn’t really surprising that SANZAAR has decided not to have them involved.

The Sunwolves made their Super Rugby debut in 2016 when they were one of two franchises – along with Argentina’s Jaguares – introduced to the competition, which expanded from 15 to 18 teams, with the already existing Kings from South Africa re-introduced.

The Kings along with two other franchises, the Cheetahs and the Western Forces were later axed from the competition as it reverted to 15 teams.

Brown believes the latest developments are a huge blow to Japanese rugby.

“I can’t see Japan Top League being as effective as the Sunwolves playing in Super Rugby, at preparing guys for international rugby.”