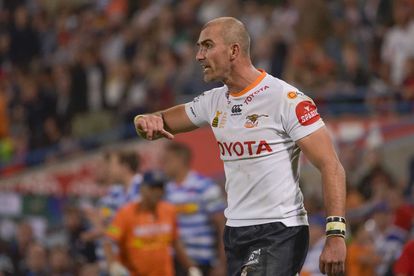 Ruan Pienaar of Toyota Cheetahs during the 2019 Currie Cup game between Free State and the Western Province at Toyota Stadium in Bloemfontein, Free State on 24 August 2019 © Frikkie Kapp/BackpagePix

Ruan Pienaar of Toyota Cheetahs during the 2019 Currie Cup game between Free State and the Western Province at Toyota Stadium in Bloemfontein, Free State on 24 August 2019 © Frikkie Kapp/BackpagePix

Matchday 1 of the inaugural Super Rugby Unlocked tournament continues on Saturday with the first sighting of the Cheetahs, who take on the Pumas at the Free State Stadium on Saturday.

The men from Bloemfontein are the reigning Currie Cup champions, and will go into this particular competition with a point to prove in the wake their impending axing from the Pro 14.

They come up against perennial wooden spoonists, who will aim to shake off that tag with many players in their ranks expected to use the competition – which features several Springbok hopefuls – as an opportunity to raise their stock, with the hope of higher honours.

The big news in the Cheetahs camp is double World Cup winner Francois Steyn making his debut for the franchise at centre.

Another Bok veteran in Ruan Pienaar captains the side, with the likes of Rosko Specman and Junior Pokomela among the players to watch on the day.

The Pumas also have some experience to call upon, with the likes of centre Ryan Nell, fullback Devon Williams among the veterans in their starting XV, while new signing Kwanda Dimaza starts at blindside flank alongside fellow debutant Daniel Maartens and Willie Engelbrecht.