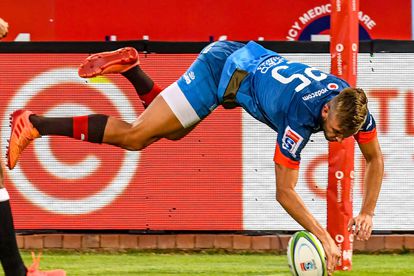 Chris Smith of the Bulls scores a try during the SuperFan Saturday match between Vodacom Bulls and Cell C Sharks at Loftus Versfeld Stadium on 26 September 2020 in Pretoria, South Africa. (Photo by Sydney Seshibedi/Gallo Images)

Chris Smith of the Bulls scores a try during the SuperFan Saturday match between Vodacom Bulls and Cell C Sharks at Loftus Versfeld Stadium on 26 September 2020 in Pretoria, South Africa. (Photo by Sydney Seshibedi/Gallo Images)

Super Rugby Unlocked’s third round culminates in the clash between the Bulls and the Sharks at Loftus.

The Bulls host the Sharks off the back of a narrow defeat to the Cheetahs in Bloemfontein last week, while the men from Durban head to Pretoria after a week two bye.

Both teams have shown signs of getting back to their best but it is clear that execution is still letting them down a little.

The Sharks lost to the Bulls at Loftus just a few short weeks ago but much has changed in their Super Rugby Unlocked camp since then and the team has a very different complexion.

Bolstered by the return to fitness of Sbu Nkosi and the loan-signing of promising former Kings winger Yaw Penxe, the Sharks boast an exciting backline and competitive forward pack.

On home soil, the Bulls will be a tough nut for any team to crack and you would expect their play to centre around set-pieces meaning the Sharks will need to keep their error-rate way down.

Because the Cheetahs match against the Lions has been called off, the Bulls and their opponents the Sharks can move to the top of the Super Rugby Unlocked table. The Bulls are four points off log leaders, the Cheetahs after claiming a losing bonus point in Bloemfontein. The Sharks, who have played just once need a full house of five points if they are to take the top spot and will also need to beat the Bulls by 21 points or more to overtake the Cheetahs on points difference.

A reminder that the Super Rugby Unlocked title will be decided by log position after seven rounds of competition. After the trophy is awarded, the teams will carry their points into the Currie Cup which will hold semi-finals and a final after a further seven rounds of rugby.