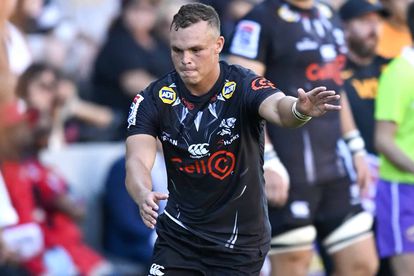 Curwin Bosch kicked two early second-half penalties to set up a 33-19 win for the Coastal Sharks over the Jaguares Saturday, which took them to the Super Rugby summit.

The six points from the South African fly-half widened a 22-12 half-time lead to 16 points and hooker Kerron van Vuuren added a try on 52 minutes to leave the Argentines on the back foot.

The visitors did wrest control during the closing stages in Durban and substitute back Sebastian Cancelliere scored a try, but they were a beaten team long before the end.

Victory lifted the Sharks to 20 points from six matches and from sixth to first in the combined standings.

The Waikato Chiefs and the ACT Brumbies have 18 points each with the New Zealand outfit second because of a superior points difference.

After receiving the man-of-the-match award, 13-point Bosch said “it was very satisfying to succeed against a quality team like the Jaguares”.

“Our forwards deserve special praise as they performed well against a Jaguares pack full of internationals.

“Thanks to my coach (Sean Everitt) for giving me an extended run at fly-half, which is my favourite position, after being moved around the backline last year.”

You can get all the latest Super Rugby fixtures and results for the 2020 season here.

Super Rugby 2020: Conference standings after Round 6