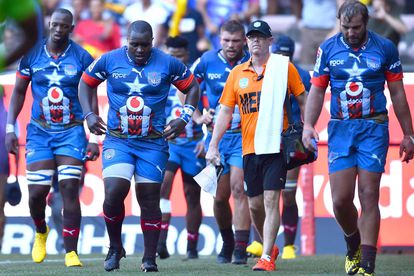 The Bulls finally reminded us why they are historically South Africa’s most successful Super Rugby side as they thrashed the Highlanders 38-13 last weekend.

The next challenge for Pote Human’s men is maintaining consistency as they travel to face the Reds on Saturday morning.

Rosko Specman lit up Loftus Versfeld on Saturday with a sensational hat-trick of tries. He will be looking to carry that form into the Bulls’ four-match tour of Australasia.

“I must say, the last four weeks we were close,” Specman said in the post-match press conference after the Highlanders win. “The nicest thing from today’s game — every time we had a turnover, the ball came out wide.

“For me, it was just to get that ball and to make sure I [didn’t] go out and I scored in the corner.”

The Bulls have lifted themselves off the foot of the South African conference and they will now face the team sitting third in Australia. This despite the fact that the Reds have only won one out of six games this season — an even worse record than the Bulls.

Team news: Burger Odendaal returns from injury to captain the Bulls from inside centre, with Johnny Kotze partnering him in midfield. Nafi Tuitavake will play no part having missed out on the matchday 23. The halfback pairing of Embrose Papier and Manie Libbok has been retained.

The Reds have brought James O’Connor back at flyhalf following his return from injury. Chris Feauai-Sautia moves to outside centre in place of the injured Hunter Paisami, with Bryce Hegarty starting in Feauai-Sautia’s usual position on the wing.

Angus Blyth and Harry Hockings are the preferred lock pairing, with Lukhan Salakaia-Loto starting in the no6 jersey.

Prediction: Reds by five.  You can find all the predictions for Round 7 of Super Rugby here.

Super Rugby 2020 as it happens: Reds vs Bulls