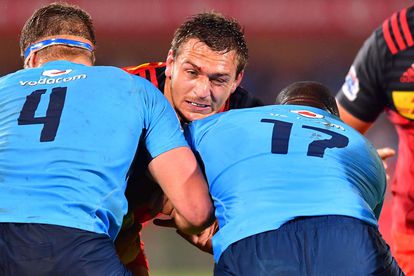 Toulouse’s South Africa back-rower Rynhardt Elstadt said his recent spell on the sidelines has made him hungrier than ever to play for the Springboks before Saturday’s rerun of last season’s Top 14 and European Champions Cup finals at home with La Rochelle.

Elstadt, 32, last featured for the Springboks in July’s opening Test loss to the British & Irish Lions before missing seven months of action due to an ankle injury suffered in training afterwards.

“It 100% has made me more hungry to play for South Africa. I only got a bit of a taste of it. I only played 18 minutes in that first Test and you can’t do much in 18 minutes,” he told AFP on Thursday.

“So to show that I’m really competitive and I really want to see if I can make a difference in the 2023 Rugby World Cup, if it’s possible, to see if we can defend our title to the very end,” he added.

The former Stormers flanker returned to the field with his French club in February and has been in brief contact with Springboks head coach Jacques Nienaber about this summer’s three Tests with Wales.

“It’s still early days for the July series coming up. We’ve been in touch just to see how I’m doing, if my ankle is all good am I physically and mentally all good,” he said.

“There hasn’t been any official squad announcement, we’ll see what happens with that,” he added.

This weekend, Rynhardt Elstadt’s focus will be on maintaining Toulouse’s push for the playoffs with just three games of the regular season remaining as well as next weekend’s Champions Cup quarter-final with Munster.

The record 21-time French champions sit in the sixth and final spot for the end of season knock-outs and welcome back world player of the year Antoine Dupont and Romain Ntamack to the squad after they were rested for Saturday’s loss at Toulon.

“It makes a huge difference to a team to have a nine and 10 that dictate a match. We missed them last week,” Elstadt said.

“They will get going and push through until the end of the season and see if we can get through both playoffs,” he added.

At a sold-out Le Stadium on Saturday, Elstadt is set to face fellow former Stormers wing Dillyn Leyds, who has already equalled his try tally from last year with nine touchdowns for La Rochelle in all competitions this term.

“I played with Dillyn for a couple of seasons. He’s a brilliant player. He is in some good form this season,” Elstadt said of the 10-times capped Springbok.

“In South Africa he was seen in the shadows and now he’s a really good winger in France. He’s a big threat,” he added.

WORST of the heatwave expected TODAY in parts of South Africa