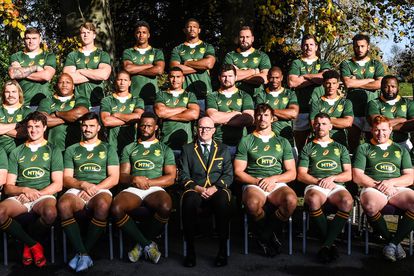 Star of the Year — Eben Etzebeth

Etzebeth has been a colossus for the Springboks over the past two seasons and was unlucky to miss out on a nomination for World Rugby Player of the Year in 2021 and 2022. Etzebeth played in every one of South Africa’s matches in 2022 and made his 100th Test appearance against Wales in Cape Town in July. The 31-year-old has always been an enforcer of note, a role he embraces and takes pride in and this year was no different. But his outright physical domination of opponents often times mean that his other attributes are overlooked. This season, Etzebeth again showcased his excellent handling skills and was superbly used as one of the biggest kick chasers by the Springboks.

Rookie of the Year — Kurt-Lee Arendse

Seven tries in seven Tests is no small feat; seven tries in your first seven Tests in your first season of international rugby is the stuff of dreams. But considering that Arendse hadn’t scored in his maiden Test in South Africa’s second game against Wales in July and then served a four-week suspension for his role in a mid-air collision with All Blacks flyhalf Beauden Barrett in the Rugby Championship, it would be fair to assume that he could well have scored more. In every Test he featured in, Arendse left carnage in his wake [exhibit A: England and Marcus Smith] and with every try he scored Arendse made himself undroppable in a position that isn’t really his yet.

Le Roux is a polarising figure in the South African rugby fraternity. Last season, when Le Roux went through a bit of a dry spell, his detractors were relentless in their criticism, with some even calling for an end to his Test career. But Le Roux returned to his best in 2022 and was been the engine that kept the Springboks attack going. He has proven this year that he remains South Africa’s primary playmaker.

Malherbe is the most impactful and consistent tighthead prop in the world. But while his contributions to the Springboks cause is not undervalued, he does not often get the recognition and accolades he deserves. The 31-year-old, who earned his 50th Test cap in round two of this year’s Rugby Championship, has been a rock in the scrums, solid defensively and overall just one of the hardest workers across the field for South Africa.

Try of the Year — Kurt-Lee Arendse against England

For a team who is often criticised for a perceived ‘boring’ playing style and approach to the game, the Springboks sure scored a few scintillating tries this year. There are several contenders in this category, including Cheslin Kolbe’s try against Italy and Canan Moodie’s touchdown against Australia. But Arendse’s wonder score against England was the best South African Test try in the year 2022. The Springboks flyer received the final pass from Le Roux and using his excellent footwork, he stepped around Marcus Smith, leaving the England flyhalf for dead, on his way to the tryline. There was an eerie similarity between what Arendse’s did to Smith and what Kolbe did to another Englishman, Owen Farrell, in the 2019 World Cup final. But as one social media user pointed out, at least Farrell got a hand on Kolbe, Arendse streaked away untouched.

The Springboks lineup before a Test