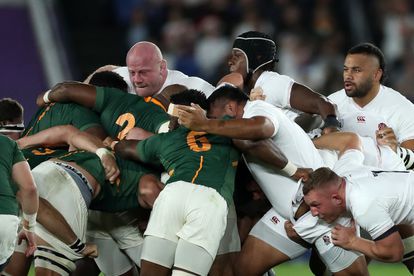 The Springboks are one of the busiest rugby teams in the world at the moment and things won’t slow down over the next four months. Photo: Getty Images

The Springboks are one of the busiest rugby teams in the world at the moment and things won’t slow down over the next four months. Photo: Getty Images

The Springboks are one of the busiest rugby teams in the world at the moment.

Hot off the heels of their Test series win against a spirited Wales side, they kick off their 2022 Rugby Championship campaign this weekend in Nelspruit where they’ll host the All Blacks in the first of two back-to-back Test matches before they head to Johannesburg for another showdown on Saturday, 13 August.

But that isn’t the end of it!

In November the Springboks head north for a four-match end of season tour of Europe.

Showdowns against Ireland, reigning Six Nations champions France and Italy on consecutive weekends in November will build up to a huge clash against England at the world-famous Twickenham Stadium on Saturday, 26 November

It will be the 45th all-time match between South Africa and England, and although the Springboks haven’t beaten England at Twickenham since 2014, this year’s match takes on added significance in several ways.

It will be the last time the two sides will play against each other before the 2023 Rugby World Cup in France where (depending on results) they could meet again in the final in a rematch of the 2019 Rugby World Cup final in Japan – which Springbok fans all have very fond memories of!

With Covid-19 restrictions easing, people are making up for lost time, creating more memories and experiences with loved ones that they have missed out on over the last two years.

PICTURES | THE ALL BLACKS HAVE ARRIVED IN MZANSI!

Our friends at Keith Prowse are the UK’s leading provider of corporate hospitality experiences at some of the most iconic venues in world sport, including Twickenham Stadium.

Their new facilities in the East Stand are amongst the best hospitality facilities in world rugby and make a trip to this famous stadium even more special.

They have also elevated the premium match-day experience especially for Springbok fans.

They have created a home-away-from-home for South African supporters in The Gate, Twickenham Stadium’s chop-house style restaurant.

With a menu that includes Braai’d T-Bone of Yorkshire Beef, Seafood Potjiekos, Rooibos Salmon tartare, plus a selection of some of the finest South African wines, there isn’t a better way for Springbok fans to finish the international season.

READ | FORMER SPRINGBOK SKIPPER: SA CAN WIN BOTH TESTS AGAINST ALL BLACKS