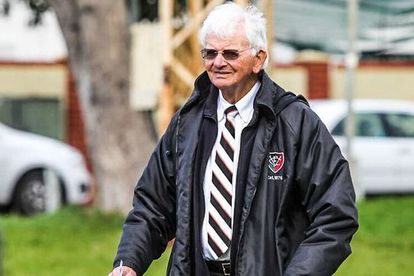 President of SA Rugby, Mark Alexander, has paid tribute to former Springbok and national selector Dave Stewart, who passed away on Tuesday at the age of 87.

Stewart played his provincial rugby in the colours of Western Province and South Western Districts, and appeared in 11 Tests between 1960 and 1965 – which included the unbeaten Grand Slam-winning side of 1960/61 – playing at flyhalf, fullback and centre, and he was also a member of the first Junior Springbok tour to Argentina, in 1959.

After his playing career, Stewart became a great servant of rugby in South Africa.

He was a Springbok selector, coach and later the Honorary Life President of his beloved Villager Rugby Club, as well as the founder of the first sevens tournament in SA.

“Through rugby and sport in general, Dave touched the lives of many South Africans, and he had a profound impact on the game in our country,” said Alexander.

“The Springbok tour squad of 1960/61 was one of the best sides to leave our shores, beating the four Home Unions before a 0-0 draw with France, and playing in different positions in a few of those Tests, Dave underlined his value and versatility to the side.

“With Doug Hopwood, Lionel Wilson and Doug Holton, he was also the last surviving member of the famous Wynberg Four, who played together for their school and later for the Boks in 1960.

“But his contribution to rugby stretched further than his playing days and Dave ploughed back into the game he loved so much as a coach, selector and administrator. His love for sport also saw him open the first Sportsman’s Warehouse a few decades ago.

“Our condolences go out to his wife, Joy, his four children, Caroline, John, Suzie and Ashley, grand-children, family, loved ones and friends. May you find solace in the wonderful memories of Dave during this time of bereavement.”