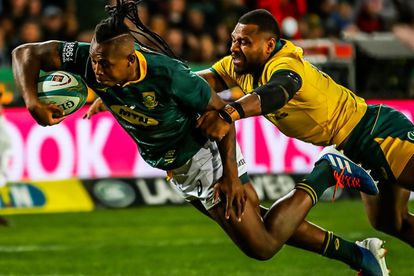 Australia’s Queensland state will host the remainder of the Rugby Championship, officials said on Tuesday after frantic talks to secure a venue for the pandemic-hit tournament.

QUIZ | TAKE OUR BRUISING RUGBY QUIZ AND YOU COULD WIN R1 000!

New Zealand, Australia, world champions South Africa and Argentina will play four double-header Tests in front of fans between September 12 and October 2 in Brisbane, the Gold Coast and Townsville.

The fate of the third Bledisloe Cup game between the Wallabies and All Blacks, which doubles as a Rugby Championship clash and was due to be played in Perth this weekend, will be decided in coming days.

But governing body Sanzaar confirmed it would remain in the city.

“This is understandable and therefore, we had no option but to basically move the remainder of the Rugby Championship to Queensland.”

The teams will be based at Sanctuary Cove on the Gold Coast for a managed quarantine period, which was not disclosed but is usually 14 days for international travellers.

It is the second year running that the southern hemisphere competition has been thrown into disarray by the virus, with South Africa pulling out altogether in 2020.

Two rounds have been played so far but with New Zealand currently in lockdown, officials said the All Blacks’ two Tests against the Springboks could not be played at home due to South Africa being unable to enter the country.

Their clashes against Argentina had already been moved to Australia.

But scheduled venues in Sydney, Canberra and Newcastle have since been ruled out with the Delta variant rampant and New South Wales and the Australian Capital Territory also in lockdown.

South Africa offered to host the disrupted tournament, but Rugby Australia always favoured Queensland, which has escaped the worst of the virus and with crowds permitted in stadiums.

Chief executive Andy Marinos called it a “once-in-a-lifetime event” for the state.