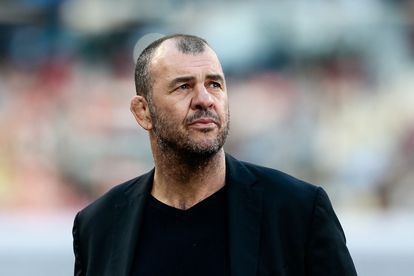 Argentina coach Michael Cheika made seven changes to his team for their Rugby Championship clash against the Springboks in Buenos Aires. Photo: Getty Images

Argentina coach Michael Cheika made seven changes to his team for their Rugby Championship clash against the Springboks in Buenos Aires. Photo: Getty Images

Argentina’s Australian coach Michael Cheika made seven changes to his team announced on Thursday for the weekend clash with world champions South Africa in Buenos Aires.

Reeling from a painful 53-3 thrashing by New Zealand in their last outing, Cheika decided to change both props, with Eduardo Bello introduced at loosehead and Nahuel Tetaz Chaparro at tighthead as Thomas Gallo and Joel Scalvi drop to the bench.

There are two more changes in the pack with Matias Alemanno recalled at lock and Juan Martin Gonzalez picked at blindside.

Gonzalo Bertranou gets the nod ahead of Tomas Cubelli at scrum-half, with Jeronimo De La Fuente returning from injury at outside centre and Lucio Cinti picked on the left wing.

Bertranou, Cinti, Gonzalez and Alemanno all started in the Pumas’ historic first-ever win over the All Blacks in New Zealand three weeks ago, but were then dropped to the bench the following week when Argentina recorded their worst defeat to the three-time world champions since joining the Rugby Championship.

With two wins – they also beat Australia 48-17 in San Juan last month – and two defeats, Argentina remain in with a chance of winning the Rugby Championship for the first time.

They face an unchanged South Africa team from the starting XV that kept their championship hopes alive two weeks ago with a bonus-point 24-8 win in Australia.

The match will be played at the Libertadores de America stadium at 21:10 (SA time) on Saturday after the original venue, the Jose Amalfitani stadium, failed a pitch inspection at the beginning of the week.