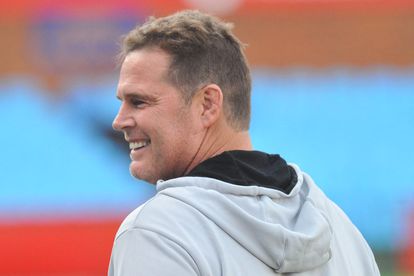 Rassie Erasmus has insisted his latest tweets highlighting decisions going against the Springboks are not a fresh attack on referees. Photo: Sydney Mahlangu/ BackpagePix

Rassie Erasmus has insisted his latest tweets highlighting decisions going against the Springboks are not a fresh attack on referees. Photo: Sydney Mahlangu/ BackpagePix

That did not stop Rassie Erasmus from publishing several videos on social media that appeared to question decisions made by referee Wayne Barnes during the Springboks’ 30-26 loss to France last Saturday, as well as a clip of a breakdown which led to Ireland’s second try in South Africa’s 19-16 defeat in Dublin earlier this month.

Rugby union has long prided itself on the respect shown to match officials and even in South Africa, where Erasmus became a national hero after guiding the Springboks to 2019 World Cup final glory, there are concerns his Twitter posts may prove counter-productive to the team’s fortunes in the long-run.

But speaking on a conference call on Tuesday after the reigning world champions named their team to play Italy in an Autumn Nations international in Genoa this weekend, he said: “It’s not having a go at the referee…It’s obviously something on our side that we have to fix.

“I think South African supporters would like to understand that but if people put a narrative to that, that I can’t control unfortunately.”

Although several of the videos Erasmus has posted on his Twitter feed are accompanied by messages highlighting what the Springboks need to improve, they all show examples of moments in a game going against South Africa.

For example, one clip from last week’s match, has Erasmus writing of France’s Gael Fickou: “This so clever by Fickou, the way he moves and presents himself on our side of the ruck has no influence on our speed of the ball from the ruck!! We can certainly learn from this!!”

The implied criticism of English referee Barnes, who surpassed Owens’ record by controlling his 101st Test match last week, did not go down well with the retired Welsh official.

“I saw these come up and I was thinking ‘is this his genuine profile? Is he doing this?'”, Owens told the UK Daily Telegraph’s rugby podcast.

“To me, we don’t need that in the game and I’d have thought he’d have learned his lesson by now.

“There’s a procedure in place. If you’re not happy about decisions, or you have questions about decisions – as every coach would have – referees can’t get everything right, there is a process to go through.

“Once you start putting things out there on social media questioning decisions, that’s not what this game is about…I don’t think this is right and I don’t like it.”