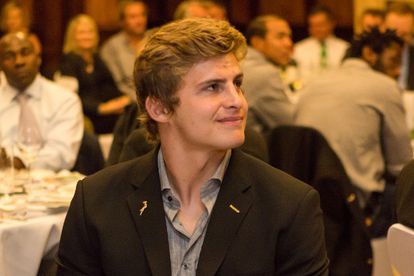 Back in early 2019, the shock retirement of Pat Lambie brought the subject of concussion-related injuries starkly into the spotlight.

On 18 January 2019, the rugby fraternity was rocked by the news that the Springbok and Racing 92 flyhalf had been forced into retirement at the age of 28. The cause: ongoing effects of multiple concussions.

It served as a stark reminder of the risks related to head injuries in the game, which are not always fully appreciated, but have begun to receive far more attention in recent times.

As a case study, Lambie’s tale of a career cut short by concussion is particularly poignant and pertinent. In 2010, the rising star was on top of the world after leading the Sharks to a famous Currie Cup win at home with a Man of the Match performance in the final, before earning his first Springbok call-up.

In the years to follow, Lambie remained a prominent figure in South African rugby, but he was no stranger to injury. There was a torn bicep and a serious neck injury, but it was a fateful collision suffered in a Test match against Ireland in 2016 that would ultimately prove to be the beginning of the end for Lambie as a rugby player.

Lambie played 56 Tests for the Springboks

Injuries and concussion would plague the next few years of his career, and not long after joining Racing in 2017, Lambie suffered another blow to the head in a Top 14 clash, the effects of which lasted around 40 days. He recovered and returned to action once again, but in April 2018 he sustained yet another head knock in their European Champions Cup semi-final against Munster.

Lambie did his utmost to shake it off, even featuring in the first few minutes of the final, before suffering a serious knee injury.

Desperate not to give in, Lambie attempted rest, different courses of medication, neck and jaw treatments, eye rehabilitation, multi-vitamins and various exercises. Finally, following the advice of two neurologists, he accepted that retirement was his only option.

Some three years later, Lambie has opened up about life after rugby, and the mixed emotions that came with his early retirement.

“It’s difficult, I would still love to be playing. I’m 32, I could essentially be in my prime now,” said Lambie at the Gary and Vivienne Player Invitational last week, as quoted by Sport24.

“But it was the hand I was dealt, I was lucky to have played for a number of years at the top level and I was fortunate in that regard… “It’s been four years since I’ve played and I’ve come to terms with life after rugby. I’m enjoying family life and having weekends to myself.

“It was difficult in the beginning, it still hurt quite a lot,” he aded. “There was a bit of resentment and a lot of what-ifs and what could’ve been.”

On the career front, Lambie is now a successful property developer for the Collins Group.

Jana: Who is the stepdaughter Errol Musk impregnated?