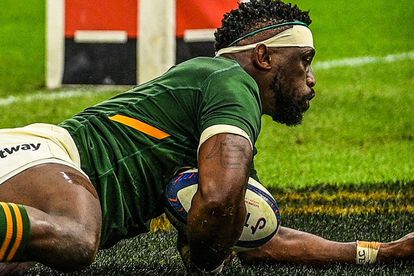 Follow the action from the Springboks’ final Test of the year against England at Twickenham LIVE! Good luck, lads! Photo: SA Rugby website

Follow the action from the Springboks’ final Test of the year against England at Twickenham LIVE! Good luck, lads! Photo: SA Rugby website

England’s Autumn Nation Series has been anything but a bore, having left their fans expecting the unexpected after securing a loss, win, and a draw.

Meanwhile, South Africa came storming back by spanking Italy 63-21 after narrow defeats to Ireland and France, meaning the odds of rescuing their end-of-tour dignity is in with a chance.

This is a massive encounter for both these nations, as not only is it their final match of 2022, but also since both sides will be desperate to secure a win following a mixed bag of results in their November internationals, as we repeat the 2019 Rugby World Cup final with less than a year to go before the 2023 edition kicks off.

Their last match against New Zealand, although a game of two halves, proved their fighting spirit as they surged back from 19-points down with 10 minutes left to earn a 25-25 draw, meaning momentum is on their side here.

It was their first draw since March 2019 and leaves Eddie Jones’ men with a negative record for the year (W5, D1, L6), although they’ll be confident of restoring parity considering they’ve bested the Springboks in three of the last four matches, and haven’t lost on home soil to South Africa since November 2014.

Eddie Jones has indicated his intent with his squad selection earlier in the week, as he clearly aims to fight fire with fire given he’s chosen to retain five locks and drop flanker Jack Willis from his squad to take on South Africa.

Perennial leader in the squad Jamie George mentioned the forward pack were “hurting” after being outmuscled against the All Blacks, before going on to reiterate his coach’s mantra when saying the Springboks offer “the perfect test for us as a front five off the back of a poor performance against New Zealand”.

The Springboks bounced back with a vengeance against the Italians last time out, with their 42-point win being their biggest winning margin since their 2019 RWC triumph when they beat lowly Canada 66-7.

Step up for England

They’ll be wary of the step up in competition England brings having lost to Ireland and France on this tour, and getting off to a fast start might prove a good omen for the visitors as the team scoring first has won all but one of their last 11 fixtures.

That might come in handy considering they’ve lost their last two games at Twickenham by a solitary point.

Coach Jacques Nienaber has rung the changes for his side’s farewell match to their end-of-year tour, with four changes and two positional switches happening within the starting XV.

Among the backs, Makazole Mapimpi and Jesse Kriel will occupy left-wing and inside-centre respectively, meaning Damian de Allende and Kurt-Lee Arendse will shift to numbers 13 and 14 with Andre Esterhuizen and Cheslin Kolbe dropping out.

The forwards welcome Evan Roos back to the eighth man position and Eben Etzebeth takes up his usual occupancy at lock, meaning captain Siya Kolisi will mostly martial a settled Springbok pack around the House of Rugby looking to break their recent Twickenham curse!

England full-back Freddie Steward might have a busy day given the Springboks kicking-heavy gameplan, although having scored a try in each of the last two test matches shows his offensive prowess should not be overlooked. While South Africa’s dynamite winger Kurt-Lee Arendse has been in fine form lately, scoring six tries in his last five test matches for the Springboks.

Ten of South Africa’s last 12 matches have seen the second half produce more points than the first half.