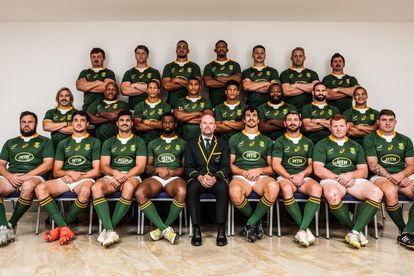 The Springboks will take on Italy at 3pm. Photo: @Springboks/Twitter

The Springboks will take on Italy at 3pm. Photo: @Springboks/Twitter

The Springboks are sure to be overwhelming favourites against Italy, but there is also reason to be wary of the Azzurri on Saturday afternoon.

For South Africa, they will be looking to bounce back from their losses against Ireland and France as they now head into the third of their end of year Tests on Saturday, 19 November. Kick-off in Genoa will be at 15:00 (SA time).

The Test will be available to view on SuperSport’s 201 Grandstand channel, as well as the broadcaster’s 211 rugby channel.

A look at the history books show that out of the 15 Tests between these teams, the Springboks have won all but one game, while their most recent victory came in the 49-3 thrashing dished out at the 2019 World Cup.

The Springboks should still feel fully confident of claiming a comfortable win this weekend, and are likely to enforce the same mentality that they employed during the 2019 World Cup, which was to simply overpower Italy with their physicality.